The Saga Continues: Five Legal Stories to Watch For in 2016

The year 2016 promises to be an interesting one in the legal world. Here’s a sampling of some of the issues that are sure to make headlines during the year: 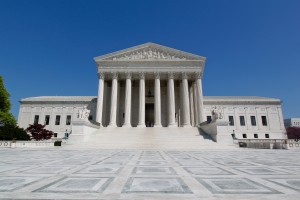 Something seemingly improbable just a few years ago has happened – the comedian’s reputation was effectively destroyed in just one year, 2015. As dozens of women came forward to make allegations of drugging and sexual assault against Cosby, he has denied most of the charges, and is actually suing some of his accusers, including supermodel Beverly Johnson.

But in 2016, a criminal investigation and multiple civil lawsuits are set to proceed, and Cosby may be ending the year in prison. On February 3, a Montgomery County, Pennsylvania judge ruled that the sexual assault case filed by former Temple University employee Andrea Constand against him would move forward.

Some of the most notable mass shootings occurring in the U.S. in recent decades occurred in 2015:

It does not appear that 2016 will be much different. In February 2016, three teenagers were arrested for carrying out an attack on a homeless camp in Seattle, killing two people and injured three.

Although 2015 was a banner year for liberals regarding Supreme Court decisions (the survival of the Affordable Care Act and marriage equality in all 50 states), don’t expect more of the same in 2016. This year’s agenda appears to favor conservatives, as the court will consider affirmative action, voting rights, teachers’ unions, and abortion cases that may lure Anthony Kennedy, the swing vote, back to the conservative side.

In 2015, 975 people were shot and killed by the police, and the officers were charged in only eight of the fatal shootings. Cases like the one involving the death of 17-year-old Laquan McDonald, who was shot 16 times in Chicago, have the potential to create a political atmosphere with national reverberations, according to a CBS News report.

In 2016, virtually every crime may have its own video and victims will be able to document what happened, all with their cell phone camera. The legal significance of the personal video camera has just begun to become apparent, and multitudes of investigations may benefit from this technology. Jurors will likely come to expect cell-phone evidence in much the same way they now accept DNA and other forensic evidence and are increasingly skeptical in its absence.