Social Media and the Law, Learn from Others’ Mistakes 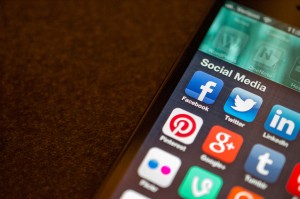 Social media has brought many joys to our lives the past few years. Introducing us to “hashtags”, “likes”, and “tweets”, we can thank social media for changing the way we communicate with one another. It has also provided us with better opportunities to stay connected with family and friends, rekindle old friendships, and share parts of our lives with a wider audience. Amidst all the positive perks social media has bestowed upon us, there are some drawbacks, including legal issues.

According to an infographic by Ruppert & Schaefer, P.C., 81% of matrimonial lawyers have used or encountered evidence taken from social media sites. With one out of every five U.S. divorces being partially due to Facebook, 66% of online divorce evidence comes from Facebook, 14% from MySpace, and 5% from Twitter.

Divorces are not the only area of the law being impacted by social media. In a recent case in Miami, the former headmaster of a preparatory school lost an $80,000 discrimination settlement with the school due to his daughter breaching the privacy agreement and posting about the case on Facebook. There have also been reports of underage students at various institutions around the country being charged with underage drinking based off photos from their Facebook photos.

While there are many risks regarding social media and legal cases, there are tips and people willing to help assure you are doing the right thing online in order to get the most out of your case. For starters, bump up your privacy settings. Avoid checking-in at locations, disable the option for others to tag you in locations and photos, and limit what posts are visible to certain people. Don’t use social media to “air out your personal grievances”, including bashing your ex or proclaiming your innocence. When in doubt, simply shut down your social media accounts until the case is over.