Despite the 2013 U.S. Supreme Court decision upholding Missouri v. McNeely and essentially protecting operating while intoxicated (OWI) defendants nationwide from being forced to take blood tests without their consent unless police have a warrant, 13 states, including North Dakota and Minnesota, have made it a crime to refuse to take such a test. 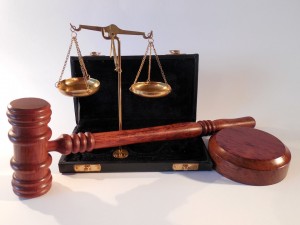 Now, the Supreme Court has agreed to hear cases on whether it is a constitutional violation to criminalize refusal to submit to warrantless blood tests. The two leading cases include Birchfield v. North Dakota and Bernard v. Minnesota. In North Dakota, the refusal to submit to a chemical test of blood, breath, or urine is a crime carrying the same punishment as impaired driving.  In Minnesota, the crime of refusing to submit to a chemical test is a gross misdemeanor, while a first-offense DWI with no other aggravating factors is a misdemeanor.

North Dakota’s implied consent law requires drivers to take a blood, breath, or urine test to determine their blood alcohol content (BAC) if an officer has probable cause to suspect them of driving under the influence and makes an arrest. The test must be taken within two hours of driving, cannot be refused without penalty, and the officer gets to choose which test they will take.

The upcoming Supreme Court decision could affect defendants not just in states with current criminal laws, but also defendants nationwide whose states could pass such laws in the future. Depending on how the court rules, prosecutors and police could have significantly more rights to force defendants to undergo blood tests to obtain evidence of intoxication.

If you or anyone you know has questions or concerns about a recent DUI arrest, contact an experienced criminal lawyers at O’Keeffe O’Brien Lyson Attorneys. We’re always here to help.