Increased Penalties for OSHA Violations Could be Scary for Businesses

For the first time in 25 years, the Occupational Safety and Health Administration (OSHA) increased monetary penalties for standards violations under the provisions of the Federal Civil Penalties Inflation Adjustment Act.

In November 2015, the U.S. Congress enacted legislation requiring federal agencies to adjust their civil penalties for inflation, and the Department of Labor subsequently adjusted penalties for its 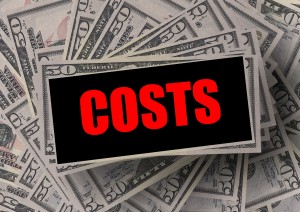 Penalties Dependent on Type of Violation

The civil penalties assessed by OSHA depend upon the type of violation:

The fine adjustments account for 25 years of non-adjustment, and add up to an increase of over 80 percent. In addition to the catch-up adjustment effective this year, the bill also allows OSHA to continue raising fines annually, and moving forward, businesses can expect annual increases by no later than January 15 of each year.

According to OSHA, the small OSHA fines of the past were not seen as penalties for many business owners, who merely considered them to be part of the cost of doing business. However, 2016’s substantial increases could have a significant impact on smaller businesses or businesses that previously thought implementing a safety program was unimportant.

Safety experts are hopeful that the increased penalties will make worker safety and OSHA compliance a priority, but critics say the fines were already high enough and the increases will not significantly deter safety violations.

There’s Been a Breach in My Business Contract. ? Now What?

What Business Entity is Right for You?