Many employers in North Dakota, particularly those with headquarters out of state, often find out about a unique aspect of North Dakota business law once it is too late. Only after an employee quits and starts a competing business does the employer discover that North Dakota law provides non-competition agreements are almost always void as a matter of law. 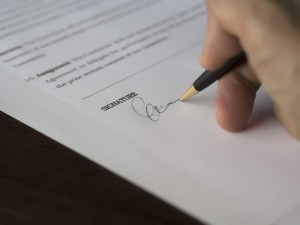 Having already been burned by an unenforceable non-competition agreement, employers then ask the question of how they can keep proprietary information confidential if they cannot rely on a non-competition agreement. Thankfully, employers still have methods to protect their proprietary information from being used by a former employee, but they need to be vigilant from the start of employment.

North Dakota law provides: “Every contract by which anyone is restrained from exercising a lawful profession, trade, or business of any kind is to that extent void, except:

The employer’s best of line of defense is to prepare an employment contract that provides protections regarding the confidentiality and ownership of all of the employer’s proprietary information. This contract should be executed at the outset of the employment relationship, so there can be no questions about whether the employee received consideration in exchange for entering into the contract.

To be clear, this approach works best for companies that actually produce or design products, not companies that merely sell products or services provided by third-parties, such as an independent insurance agent. In those situations, the employer’s primary asset is its relationship with customers, and there is conflicting case law regarding when the identity of customers constitute an employer’s trade secrets or protected proprietary information.

If this is something you would like further clarification on, or help in drafting for your business, please contact or call Sean Foss at O’Keeffe O’Brien Lyson Attorneys at 701-235-8000.