Your Fitbit May Provide Evidence in Your Personal Injury Case

In our modern age of technology, we generate a plethora of data as we go about our lives. Social media has been used in divorce, child custody, personal injury, and criminal cases by providing evidence contrary to what the parties are claiming in court. As social media use has increased, so has its use inside the courtroom. In a similar vein, the rise of lifestyle and personal fitness trackers has resulted in a greater amount of data collected about individuals. The data may then be used to contradict—or support—legal claims by those individuals. 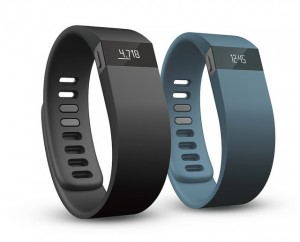 The Technology is Spreading

By 2013, some 15% of consumers were already using wearable technology. Although dedicated fitness tracker sales have been decreasing, smartwatch sales have increased. Most smartwatches, however, also include fitness-tracking features such as accelerometers, heart rate monitors, and GPS. Smartphones may also contain similar features and applications. With such technology becoming quite common, the data these devices collect could prove useful in legal disputes.

Someone claiming that a personal injury has resulted in physical impairments that affect their ability to perform their job, or have reduced their overall activity, may have a difficult time proving the full extent of those claims. A fitness tracker may be used to demonstrate a decline in health and activity when comparing pre-accident to post-accident data. On the flip side, the tracked data may show that the plaintiff’s physical activity levels have not significantly changed, thus disproving the claim.

In November, 2014, a Canadian lawyer sought to use Fitbit data to prove that his client was suffering a marked decline in physical activity after a car accident. Not only did the client wear a Fitbit to collect day-to-day data on her activities, but the collected data was further analyzed and compared to other people of similar age and professions.

Pennsylvanian police also used Fitbit evidence to help disprove a woman’s claims of rape. In March, 2015, Jeannine Risley reported being attacked and raped by a stranger while sleeping. Although police found the home in disarray, there seemed to be no evidence of an intruder walking around in the snow outside the building. Analysis of the woman’s Fitbit further indicated that she was awake and moving about the house at the time she claimed she was asleep. Although the Fitbit did not provide the sole evidence disproving Risley’s claims, the district attorney said that “it sealed the deal” on the case.

Wearable technology is not just useful for plaintiffs or prosecutors. Insurance companies may request a court order for fitness tracking companies to release collected data as part of an assessment for an insurance claim, and consumers may also receive health insurance discounts by wearing a fitness tracker as part of a general program to stay in shape.

The technology is not foolproof or completely reliable. User error, forgetful charging, and technical glitches may degrade the data collected. Furthermore, there is no market-wide standard for how they collect data, and the sensors themselves are consumer-grade, so things such as tattoos may cause erroneous readings. Parties involved in litigation may also attempt to manipulate the data collection by artificially increasing or decreasing activity in order to skew the results. Despite the potential unreliability and shortcomings of wearable technology, it does provide additional sources of data that may prove useful in the courtroom.

If you have suffered an injury in Fargo, ND, you should contact the best personal injury lawyer possible. Reach out to the O’Keeffe O’Brien Lyson Foss attorneys today.