You got bit by a dog! What you need to know. 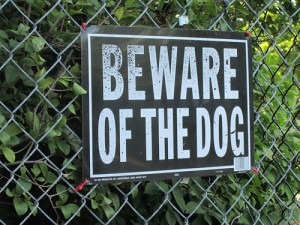 According to the CDC, 4.5 million Americans are bitten by dogs each years, and one in five dog bites result in injuries that require medical attention. This large number has been growing over the years, and it has resulted in many victims deciding to take legal action.

Have you been bitten by a dog?

Second, you need to contact both animal control and the police department. They will put together an official report. It is best to do this as soon as possible, and be sure to get your report number. The report number will be helpful for your attorney.

When it comes to dog bite cases, each and every one is different. Every state, county and city has their own unique set of laws, and it can be difficult to know what your legal rights are exactly. Here are some things to communicate to your attorney.

Under the common law rule, a dog owner is not liable for injuries the dog caused unless the dog had dangerous propensities and the owner knew or should have known about the dog’s vicious nature. If the dog was barking, pulling on its leash, showing its teeth or growling, all these behaviors establish viciousness in the eye of the law.

That being said, if you provoke a dog to viciousness, then the owner is usually found not liable. Were you teasing, tormenting or abusing a dog at the time of the attack? If so, you may not have a case.

Many states prohibit recovery when victims are committing a crime during the time of a dog attack. Were you trespassing on someone’s property? Did you break into someone’s home? Were you harming or tormenting the owner or family member of the owner at the time of the attack?  Then you most likely don’t have a case.

The same is said for dogs that are used in military or police work who are “on duty” during the time of the attack. Most likely, the dogs were just doing their jobs.

If victims work with dogs, such as trainers, groomers, dog walkers, dog sitters, veterinarians, and veterinarian assistants, they may be prohibited from bringing a cause of action in the first place. This varies by state, so you it is wise to speak with an attorney to help you decide if you have a case or not.

Dog attack cases are especially tricky due to the variables in laws by city, county and state. If you are a dog owner, it is best to know what your local and state regulations are to be certain you are following the law.

Are you aware of any of the dangerous breed laws that your state has in place? What about your city? Be certain that you aren’t breaking any laws that are breed specific.

For example, in Moore vs. Myers, an unleashed pit bull chased a 12-year-old girl into the street where she was hit by a car. She suffered serious injuries due to the collision with the car.. The county in which she lived has a law that requires owners to keep pit bulls enclosed or leashed at all times. Because of that law, the Maryland Court of Special Appeals found that the owner was negligent, and liable for the girl’s injuries based on the violation of the county law.

I’ve been bitten, what next?

As you can tell, there are many things that can factor into your case. An experienced attorney will be able to help you understand your city, state and county laws when it comes to dog bites to see if the owner is liable for your injuries.

If you have been bitten by a dog and are seeking legal guidance, contact the Personal Injury team at O’Keeffe O’Brien Lyson Foss to help.