Why Aggressive Drivers are the Most Dangerous Motorists on the Road

Whether a driver is late, in a hurry, distracted by emotions, or just in a bad mood, aggressive driving is very common among drivers in the U.S. A recent study by the AAA Foundation for Traffic Safety found that almost 80 percent of drivers expressed significant anger, aggression, or road rage behind the wheel at least once in the previous year.

What is Aggressive Driving? 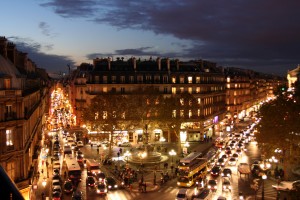 According to the National Highway Traffic Safety Administration, aggressive driving occurs when “an individual commits a combination of moving traffic offenses so as to endanger other persons or property.”

Aggressive driving can range from risky behavior to serious violence, and may include:

These actions may easily distract a driver’s attention and cause them to make driving maneuvers that can lead to an accident. Data compiled by AAA indicates that speeding is one of the most common aggressive behaviors, and a quarter of drivers say they consider speeding to be acceptable. Currently, fifteen states have laws that criminalize aggressive driving.

State Farm and KRC Research conducted an online survey of 1,000 U.S. drivers over the age of 18 and found that nearly two out of three (or 64 percent) of U.S. drivers have experienced aggressive driving from another driver six or more times in the past three months, nearly one-third of those surveyed said their likelihood of driving aggressively increases during the winter holiday season.