We put our lives in the hands of medical professionals, and we trust that their training and procedures will protect us against harm. Often, though, we think of medical malpractice is a result of what the doctors did incorrectly, but sometimes what the doctors failed to do can have equally devastating effects. A missed diagnosis can greatly delay necessary medical care, leading to serious harm or death.

When is it Malpractice? 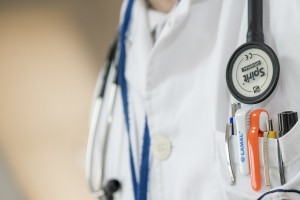 Generally, a medical malpractice case arises when a medical professional fails to meet the expected standards of care for the industry. The standard of care sets a minimum level of adequacy that we expect every single medical professional to meet, and can be breached through negligence or incompetence. Botched surgeries or bungled medication are fairly straightforward examples of medical malpractice, but a lawsuit for a failure to diagnose is more complex. Such a claim would require proving that the doctor’s treatment did not meet the minimum standard of care expected from the industry, that a doctor adhering to that standard would have acted differently, and that the discrepancy between actual treatment and expected treatment resulted in harm such as an aggravation of your condition, unnecessary medical expenses, or pain and suffering.

Examples of falling below the standard of care include:

Keep in mind that even the most experienced and skilled doctors may miss a diagnosis without committing any form of medical malpractice, and different doctors may legitimately arrive at different diagnoses based on the same set of facts. Many conditions are difficult to diagnose, and tests are not always conclusive. While minor symptoms may occasionally signal major illnesses, often they are simply—and properly—treatable with over-the-counter medication and rest. Excessive testing and unnecessary medical expenses are also forms of medical malpractice, and doctors must balance the high possibility that minor symptoms are nothing serious against the rare possibility that something is gravely wrong.

Furthermore, there are situations in which a missed diagnosis does not result in sufficient injury to sustain a lawsuit. The resources necessary to litigate may greatly outweigh the potential for recovery, even if you are able to establish liability.

Medical malpractice cases are complex, and a failure to diagnose case can be especially difficult to prove. Not only will you need to establish what the doctors did do, but you will also need to prove that what a reasonably competent doctor should have done instead that would have prevented the actual harm you had suffered. An experienced medical malpractice lawyer will help you decide whether you have a case to bring.

If you or a loved one has suffered due to a medical professional’s failure to diagnose, you will need an attorney to collect the facts and evidence needed, secure the testimony of expert witnesses, aggressively pursue your claim to hold your doctors responsible for their negligence, and fight for the compensation you deserve. Contact a medical malpractice lawyer at O’Keeffe O’Brien Lyson Attorneys today, or call 701-235-8000 or 877-235-8002 (toll free).