What Happens When the Driver Who Hit You Doesn’t Have Insurance?

When an accident occurs, one of the first things the drivers do is to exchange insurance information. Insurance coverage is an integral part of a personal injury case, since coverage ultimately determines how the damages are paid.

Uninsured/underinsured motorist protection is insurance that you buy to cover yourself and your passengers when the at-fault driver either doesn’t have auto insurance, or his coverage is insufficient to cover your damages. 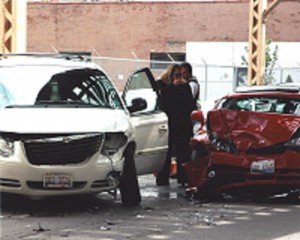 Uninsured motorist coverage is a type of insurance that will pay for injuries to you, your passengers, and sometimes even the damage done to your vehicle if you are involved in a hit and run or an accident caused by an uninsured driver. For someone to be considered an uninsured driver he must have no automobile insurance; have insurance, but insufficient coverage to meet the minimum liability requirements of the state; or have insurance, but his insurance company denied the claim and he is unable to pay the damages out of pocket.

Even if uninsured motorist coverage is not legally required in every state, it is generally a smart idea to carry it. Under North Dakota law, it is illegal to drive a motor vehicle without liability insurance, and a liability policy may not be issued unless uninsured/underinsured motorist (UM/UIM) coverage is provided in an amount equal to or in excel of the limits, usually $25,000 per person per accident subject to a limit of $50,000 per accident. Many North Dakotans purchase higher limits of UM/UIM coverage, up to $100,000 limit per person and $300,000 per accident.