What Does the New Drunk Driving Bill Mean For You? 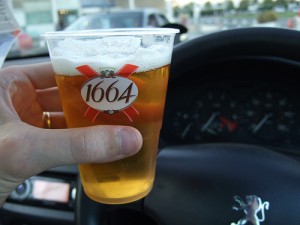 On April 29th, Gov. Jack Dalrymple signed a new bill to make North Dakota’s drunk driving laws stronger. North Dakota House Bill 1302 will go into effect on August 1st of this year.  What are the major differences that this law makes?

Your First DUI Offense: (look back period is now expanded from 5 years to 7 year window)

Aggravated first offense: If the driver has a blood-alcohol content of 0.16 or higher, of the mandatory penalties increase, as follows:

Enrollment in the state’s 24.7 Sobriety Program.


This new bill also includes an amendment that gives the judge an option of converting a jail sentence of if certain conditions are met, such as chemical evaluation and treatment completed.

Your Second DUI Offense: (look back period is now expanded from 5 years to 7 year window)

Your Third Offense: (look back period is now expanded from 5 years to 7 year window)

Subsequent Offences Would Receive: (within ANY time frame)

Minimum one year and one day in jail

Other noteworthy changes to the DUI law include: refusal of a chemical test is now a crime, whereas before this law refusal of a chemical test requested by law enforcement resulted in only administrative (driver’s license) penalties.  Now refusal of a crime is punishable as criminal conduct under this section.  Additionally, the new DUI law has now implemented a mechanism in which drivers with more than one DUI offense can apply for a work permit.  The current law in North Dakota generally only allows those convicted of a first offense in five years to receive a work permit/temporary restricted license.  As long as drivers can demonstrate to the Department of Transportation they are on the 24/7 sobriety program, they can get a permit to drive to work on a subsequent offense DUI.

The consequences of drunk driving in North Dakota will now be stronger and easier to enforce.  However, being issued a DUI can result in many other issues in addition to the ones listed. Let us not forget the increase in insurance costs and consequences it may have on your personal life and employment status. If you need help with a DUI case, consider contacting an attorney. They may be able to help you better understand your options.