Uninsured and Underinsured – What’s the Difference?

When two motor vehicles collide, one of the first things the drivers do (after they check for injuries and report the accident) should be to exchange insurance information. Insurance coverage is an integral part of a personal injury case, since coverage ultimately determines how the damages are paid.

Uninsured/underinsured motorist protection is insurance that you buy to cover you when the other driver either doesn’t have auto insurance at all, or the limits of his policy are too low to cover your damages. 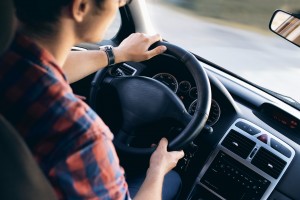 Uninsured motorist coverage is a type of insurance that will pay for injuries to you and your passengers, and sometimes even damage to your vehicle if you are involved in a hit and run or an accident caused by an uninsured driver. For someone to be considered an uninsured driver, he must meet one of the following criteria:

Even if uninsured motorist coverage is not legally required in every state, it is generally a smart idea to carry it.

If you sustained injuries in a motor vehicle accident and have questions about uninsured/underinsured coverage, contact the a personal injury lawyer at O’Keeffe O’Brien Lyson Attorneys online, or call 701-235-8000 or 877-235-8002 (toll-free) today.