With new laws regarding marijuana usage discussed frequently in the news, it can feel unclear what the laws are regarding the possession and usage of marijuana in North Dakota and Minnesota. With medicinal legalization in Minnesota, knowing these differences is more important than ever. 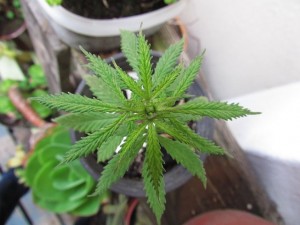 Possession of marijuana in the state of North Dakota is illegal and the penalties for this vary depending on the amount of marijuana in possession. Usually, anything less than one ounce is considered a B misdemeanor with a maximum fine of $1,500 and up to 30 days in jail. Possession of any quantity over one ounce, becomes a felony level offense. As the amount increases, the penalties also increase all the way up to a $20,000 fine and twenty years in jail.

Not only is the possession of marijuana a criminal offense, the usage of it, including for medical purposes, is also against the law.

In comparison to the laws in North Dakota, the laws in Minnesota are not as strict. Possession of less than 42.5 grams is considered a petty misdemeanor has a penalty of up to $300 with no jail time, and a usually requires participation in a drug education program. It should be noted that, this can be increased to a misdemeanor charge for failure to participate in the drug education program, or conviction of a subsequent offense within two years of a prior offense. As the amount in possession increases, the penalties also increase. Having more than 100 kilograms in possession can result in a felony with a fine of up to $1,000,000 and up to 30 years in jail.

The state of Minnesota recognizes the medical benefit of marijuana and recently signed a law to make the medical usage of marijuana legal. Medical marijuana will be available to those with qualifying medical conditions, including glaucoma, HIV/AIDS, cancer, seizures, and more.

If you’re a medicinal marijuana user in Minnesota, it is important to be aware of North Dakota laws while crossing borders. Both states have very different penalties and regulations in place.

If you are facing drug-related charges, ensure you are receiving the best legal guidance by contacting our knowledgeable team at O’Keeffe O’Brien Lyson Attorneys. With experience in drug charges, we will give you peace of mind knowing you are in good legal care.