One week after North Carolina’s transgender bathroom law was passed, opponents of the new law have challenged it, calling it discriminatory and saying that it singles out LGBT people for “disfavored treatment.” 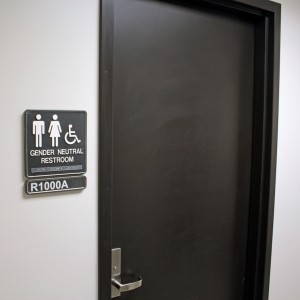 The law, passed by a Republican-led legislature during a one-day special session called to repeal a Charlotte city ordinance that would have allowed bathroom choice based on gender identity versus sex at birth, was signed by Republican Governor Pat McCrory, who is standing firmly behind it and blames opposition on a “vicious, nationwide smear campaign” to stain the state’s reputation.

The North Carolina lawmakers also voted to prohibit local governments from extending protections to cover sexual orientation and gender identity at restaurants, hotels and stores, and would require people to use multi-stall bathrooms that match their birth certificates at state agencies and public schools and universities.

The lawsuit, filed by the American Civil Liberties Union and Lambda Legal, alleges that the new law violates equal protection provisions and federal Title IX rules and will put billions of dollars in federal funds at risk, but supporters disagree, voicing confidence that the courts will find that the General Assembly acted properly while limiting local government powers.

With the law’s passage, North Carolina also became the first state to require public school and university students to use only those bathrooms that match their birth certificates, according to the National Conference on State Legislatures. Advocates for gay, lesbian, bisexual and transgender rights say state legislators have demonized LGBT citizens with false claims about bathroom risks, but the law’s supporters say the new law protects all people from having to share bathrooms with people who make them feel unsafe.

Dozens of large corporations, including American Airlines, Starbucks, Apple, IBM, Google, and Bank of America, have criticized the legislation and the names of more than 100 corporate executives appear on a letter calling for repeal of the new law.