The IME: Why There’s Nothing Independent About It

Sometimes a personal injury defendant will request that a doctor of the defendant’s choice examine the plaintiff. This may sound harmless enough, but there is one big problem with independent medical examinations, also known as IMEs.

There is no such thing as an independent medical examination. Adverse is a more appropriate description.

IME Doctors Work for the Defense, Not for You 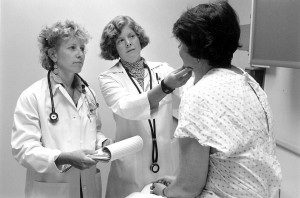 While some doctors who perform independent medical examinations (IMEs) would prefer not to be involved in the legal system but agree to do them occasionally as a part of their community service efforts, many physicians perform hundreds of them each year for the insurance industry, and make the service a large part of their medical practice.  Because these doctors are hand picked and paid very well by insurance companies to poke holes in a plaintiff’s case, they predictably come to conclusions, write reports, and provide testimony slanted in favor of the defense and against the plaintiff, no matter how severe the injuries may be.

During an independent medical examination, everything from the plaintiff’s past medical history, present illness, cause of condition, subjective complaints, findings on physical examination, laboratory testing, diagnosis, treatment history, and prognosis will be called into question and potentially discredited if the plaintiff is not completely accurate in reciting the facts during the question and answer portion of the IME, or if there are any inconsistencies between what he says and what is contained in his medical records.

IME doctors often write reports that deny there is any pathological condition whatsoever, but if there is an obvious injury that cannot be dismissed, they will sometimes try to associate it with a pre-existing condition or any cause other than the subject of the litigation in question. If all else fails, they will likely do whatever they can to minimize the extent of the injury.

Playing the IME Game: What’s a Plaintiff to Do?

When a plaintiff is required to submit to an independent medical exam, thorough preparation is required. Attorney and client should meet and go over all prior relevant medical records, overlooking nothing, no matter how small or insignificant the information might seem. With thorough preparation before an IME, a plaintiff can avoid the pitfalls of an inaccurate or inconsistent medical history, and potentially beat an IME doctor at his own game.