The Future of Caps on Noneconomic Damages in Medical Malpractice Cases

In recent times, noneconomic damages in personal injury cases have come under increasing scrutiny and skepticism. Whereas in times past any type of personal injury plaintiff could allege and recover compensation for noneconomic damages suffered, such as pain and suffering or loss of enjoyment of life, some believed that this led to unfair results in which plaintiffs suffered little actual harm but still received thousands of dollars in compensation for their mental and emotional harm. 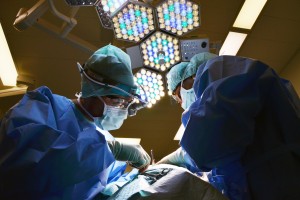 Nowhere has this hesitation to award excessive noneconomic damages to plaintiffs been more apparent than in medical malpractice cases. In these cases, critics have argued that permitting medical malpractice plaintiffs to recover excessive damages awards for noneconomic damages contributes to higher healthcare and insurance costs as hospitals, doctors, and medical professionals are then required to pay more for malpractice insurance coverage. These arguments have proven untrue as most states with medical damage caps do NOT have lower healthcare/insurance costs.

While valuing a person’s noneconomic damages is never easy (after all, how much money is a day of excruciating pain worth?), the task can be even more complicated in medical malpractice cases given that some medical malpractice injuries may not be discovered for weeks or months and/or may result in lifetime disabilities, complications, and/or pain.

Are Caps Going Away?

Thankfully, Florida is not the only state that has declared damage caps unconstitutional under their state Constitution, other states that have done so include: Alabama, Georgia, Illinois, Missouri, New Hampshire, Oregon, and Washington.

Helping You Obtain the Maximum Amount of Compensation

For now, North Dakota’s medical malpractice noneconomic damages cap remains in place. Even if, the non-economic cap is set at $500,000 that does not mean every medical malpractice plaintiff will receive $500,000.  Economic damages must also factor into a client’s recovery. Receiving the maximum amount of compensation possible for your medical malpractice injuries requires the assistance and advocacy skills of an experienced and persuasive attorney how can convince a judge or jury as to the propriety of the damages you are requesting.

Trust Timothy O’Keeffe, Tatum O’Brien, or Sara Monson as well as the rest of the North Dakota and Minnesota medical malpractice legal team of O’Keeffe O’Brien Lyson Attorneys to help you obtain the maximum amount of compensation possible following a medical malpractice injury. Contact the firm online, or call 701-235-8000 or 877-235-8002.