All 50 states have enacted “implied consent laws,” which essentially mean that by driving on the state’s roads, drivers are deemed to have consented to testing if they are suspected of drunk driving.  Twelve states, including North Dakota and Minnesota, impose criminal penalties on suspected drunk drivers who refuse to take a chemical test – blood, breath, or urine – to measure the alcohol in their bodies.

A recent U.S. Supreme Court decision changed the standard under which states can impose criminal penalties for a driver’s refusal to submit to a chemical test.  On June 23, 2016, the United States Supreme Court issued its opinion in the case of Birchfield v. North Dakota, involving Birchfield’s appeal of his conviction for refusing to have his blood tested without a warrant.  A decision 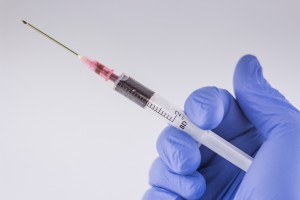 on the cases of Bernard v. Minnesota – challenging a conviction for refusal to take a breath test – and Beylund v. Levi, Director, NDDOT – challenging the voluntariness of consent to a warrantless blood test when faced with criminal penalties – was issued in conjunction with Birchfield.

In its opinion, the Supreme Court stated that although blood tests play an important role in the war on drunk driving, they are “significantly more intrusive” than breath tests because they require the technician taking the sample to pierce the driver’s skin and extract a sample that provides law enforcement officers with more information than a breath test, and information they can retain.  The Supreme Court recognized that its prior opinions approved the general concept of implied-consent laws that impose civil penalties and evidentiary consequences on motorists who refuse to comply, but that “[i]t is another matter, however, for a State not only to insist upon an intrusive blood test, but also to impose criminal penalties on the refusal to submit to such a test.”

The majority opinion of the Supreme Court was that implied consent laws in general were not in violation of the Fourth Amendment, but that there “must be a limit to the consequences to which motorists may be deemed to have consented by virtue of a decision to drive on public roads.”  Ultimately, the Supreme Court concluded that the Fourth Amendment permits warrantless breath tests incident to arrests for drunk driving, but not warrantless blood tests.

What Does This Mean

To drivers who are investigated for DUI – pay close attention to the implied consent that is read by the investigating officer, and to the type of chemical test the officer requests you to take.  The applicable case law surrounding this topic continues to evolve as court systems and law enforcement agencies interpret and apply the Birchfield decision to DUI situations.  An experienced criminal defense attorney will be well-versed on the implications of the Birchfield decision to his or her state’s laws, and can assist in determining whether a driver is facing any unlawful criminal penalties for refusal to submit to a warrantless blood test.