Current data suggests that despite media attention and public awareness, drivers are continuing to drive while drowsy in great numbers. In 2014, there were 846 fatalities recorded in the National Highway Traffic Safety Administration’s Fatality Analysis Reporting System (FARS) database that were related to drowsy driving, a statistic that has remained consistent for the last decade. 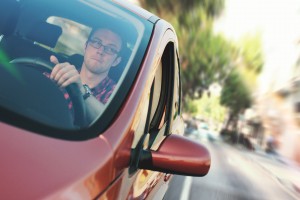 What is Drowsy Driving?

Drowsy driving is operating a motor vehicle while being cognitively impaired by lack of sleep. But someone does not have to be falling asleep at the wheel to be driving drowsy – anyone whose alertness, attention, reaction time, judgment, and decision-making abilities are compromised may be in greater risk for a crash related to drowsy driving.

The U.S. Centers for Disease Control and Prevention (CDC) says that drivers who get less than six hours of sleep are more likely to pay less attention to the road, react more slowly when forced to brake suddenly, and make bad driving decisions that may lead to an accident.

According to the National Sleep Foundation, motorists who frequently drive drowsy include:

Although sleepiness can occur any time of the day or night, the NHTSA says that drowsy driving crashes most frequently happen between midnight and 6 a.m. or in the late afternoon – both times when there are dips in the circadian rhythm, the human body clock that regulates sleep. Not surprisingly, alcohol magnifies the effects of drowsiness, as can prescription or over-the counter medications.

Did a Defective Vehicle Cause Your Crash?

How Can You Tell if an Insurance Settlement Offer is Fair?

How Much is a Zantac Claim Worth?