Most states, including North Dakota and Minnesota, do not consider the act of being intoxicated in public, in and of itself, a crime. However, many cities and states have enacted laws that make it a crime to be disruptive in public while intoxicated. The way these laws are written, however, can be problematic due to using broad terms to define what is considered “disruptive.” These broad terms are causing police officers to make arrests based upon their own subjective experience which can lead to unjust results. 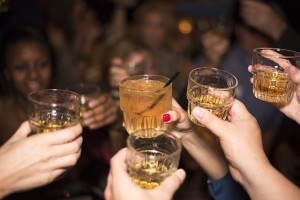 Such a situation arose for Rodregus Morgan from Indiana. In 2012, a public intoxication law in Indiana made a criminal of anyone who, while intoxicated, “harasses, annoys, or alarms another person.” Based on this law, Morgan was arrested when a police officer smelled alcohol on his breath and deemed him annoying after Morgan ignored requests to leave the bus shelter where he had fallen asleep. Morgan claimed he was not being annoying, saying “I wasn’t being annoying. I was waiting for the bus.”

Morgan was convicted of the charge and he appealed the conviction to the Indiana Court of Appeals. The Court of Appeals determined that the word “annoy” was vague and covered a vast array of human behaviors not clearly defined, therefore the law was unconstitutional.

The State of Indiana disagreed with the Court of Appeals, with the Deputy Attorney General George P. Sherman saying, “A reasonable person would readily understand that it is annoying for a person to be passed out drunk in a public bus stop.” The State asked the Indiana Supreme Court to hear the case, which they agreed to do.

The Indiana Supreme Court determined that the public intoxication law was constitutional, but that the word “annoying” could lead to absurd results and broad discretion in enforcement. Based on the level of agitation expressed by the officer, it was determined that Morgan’s case did not rise to a level that would annoy a reasonable person, therefore his conviction was overturned.

As evidenced by Morgan’s case, it is important you understand your state’s and city’s laws when it comes to public intoxication. If you want to learn more about or need help with a public intoxication case you’re dealing with, we have expert attorneys who can help. Reach out to us at any time so we can help you get the best result for your case.