North Dakota’s Abortion Lawsuit Fund In Danger of Being Drained

Lawyers representing North Dakota’s only abortion clinic have announced that they will seek litigation costs from the state after the U.S. Supreme Court refused last month to review lower court rulings overturning the state’s ban on abortion at six weeks of pregnancy. Federal law allows attorneys in civil rights cases to petition a court to award fees and costs accrued while fighting the case. 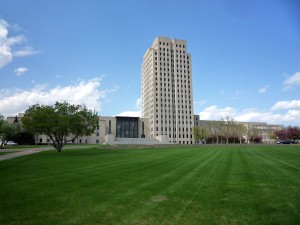 In January 2016, the U.S. Supreme Court rejected North Dakota’s appeal of a lower court decision striking down the 2013 fetal heartbeat law as unconstitutional. The law, which was intended to be the strictest anti-abortion measure in the country, never actually took effect because the New York Center for Reproductive Rights immediately filed a challenge to the ban.

According to a report in the Jamestown Sun, the purpose behind the ill-fated law may have been the desire of the state’s Republican-led legislature and Governor Jack Dalrymple to get the question before the U.S. Supreme Court, and also to make a point about North Dakota’s sentiments on abortion, but instead it turned out to be a huge waste of taxpayers’ money.

When an unprecedented oil bonanza in the western part of North Dakota pumped hundreds of millions of dollars into the state a few years ago, lawmakers passed several anti-abortion measures in 2013, including the far-reaching fetal heartbeat law. They may have felt that the state was uniquely positioned to take on an expensive legal fight when they set aside $400,000 to defend lawsuits arising from the laws, but records show that the state had already used $320,029 to defend the abortion laws through January 2016.

But opponents feel that the money could clearly have been put to better use, particularly now that the state has been forced to make cuts to make up for a more than $1 billion budget shortfall due to a drop in oil drilling and depressed crude prices, according to CNN Money.