North Dakota Supreme Court has found that a recent North Dakota law stating that refusing to take a chemical breath test after being pulled over by police on suspicion of driving under the influence can land you in jail. 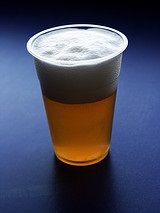 “Under the new law, a refusal carries the same legal weight as a conviction for drunken driving,” said Emily Welker in her article written in the Forum.

What are the Changes?

How did this decision come about?

The Court’s decision came after John Smith of Cheyenne, Wyoming appealed to the state Supreme Court that his rights had been breached when a Burleigh County deputy officer pulled him over on suspicion of driving under the influence on July of 2013. Smith failed his sobriety test but argued that since a breath test constitutes a search and because the police searched him without a warrant, the test was unconstitutional.

The North Dakota Supreme Court justices did not side with Smith, saying that the new consent laws had been properly explained to him by the deputy officer. They added that driving is a privilege, not a right, therefore anyone operating a motorized vehicle is implying consent to having their blood alcohol level tested and is subject to reasonable control by law enforcements.

North Dakota is being added to the list of states that carry criminal consequences for such refusals. Other states include Alaska, Florida, Kansas, Vermont, Nebraska and Minnesota.

How we can help

Properly maneuvering through a law requires someone with experience and knowledge on your state’s laws. If you have been charged with a DUI in North Dakota, a O’Keeffe O’Brien Lyson Foss attorney can help by giving you important advice and support as you go through the court systems.

Visit our website today or give us a call to start working with an attorney.