If you haven’t already heard, a bill in the North Dakota Legislature, if passed as introduced,  would prohibit the use of sobriety checkpoints. This is a Republican-sponsored measure that would not allow law enforcement to perform a traffic stop without “reasonable suspicion” of a violation.

While some say the sobriety checkpoints are a nuisance, others think they are very effective at preventing drunk driving. Read more to gain insight from both angles of the argument. 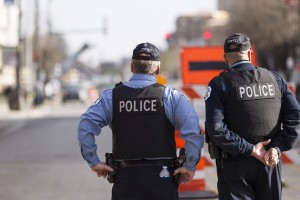 Sobriety checkpoints have been around and used in the United States for over 30 years, although a few states have opted out of using them. The rest of the states that use them have seen their most important value as being a deterrence to DWIs and alcohol-related deaths caused by intoxicated individuals driving under the influence.  Alcohol-impaired crashes cost more than $37 billion annually, and in 2012 alone, more than 10,000 people died in alcohol-related crashes.

With just a few officers and a little publicity, regularly scheduled checkpoints have been shown to reduce the number of crashes and, ultimately, the number of tragedies – largely through the deterrence.

And for those who don’t drive impaired, sobriety checkpoints can be seen as an invasion of privacy and a nuisance. Senator Tom Campbell of Grafton says the nuisance mostly arises when checkpoints are scheduled around the same time as concerts and festivals. He thinks the use of public campaigns and tougher laws would be more effective against drunk driving.

Regardless of where you stand on this new bill, it is important to be aware of your rights.

For more information about DUI’s in the state of North Dakota, please read our DUI’s and Administrative Hearings page, check out our blog post about the 24.7 sobriety program or contact one of our attorneys so we can assist you in the event that you or a family member is dealing with a DWI.