North Dakota’s “fetal heartbeat” law, the toughest ban on abortions in the nation when it was enacted in 2013, has been blocked permanently when the U.S. Supreme Court refused to review a lower court’s ruling that overturned the law. 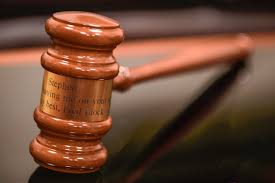 The law banned abortions as soon as a heartbeat was detected in the fetus, as early as six weeks into pregnancy, sometimes even before many women realize that they are pregnant. The lower court overturned the law, citing the Supreme Court ruling Roe v. Wade that allowed abortions until a fetus is viable – around 23 to 24 weeks, and rejected the argument that viability begins at conception, since embryos can be kept alive outside the womb in a laboratory environment.

Besides North Dakota, other states that have recently been passing measures to limit the reproductive choices of women include:

Many states have been enacting restrictions to test the limitations of the constitutional right to abortion established in 1973 in Roe v. Wade, and the court’s ruling in the Texas case, expected in June 2016, will likely apply to all of them.