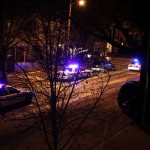 n April, the McNeely decision meant that law enforcement around the nation will have to at least consider obtaining a search warrant prior to administering a chemical test for intoxication.

This change may have a direct effect on those who are currently facing DWI and DUI charges – especially those in Minnesota, and here is why.

The Story of Wesley Brooks

The entire issue was brought to the forefront of the media due to a Minnesota Supreme Court case called Minnesota vs. Brooks. On three different occasions, a man named Wesley Brooks was in a situation where he was driving or in the driver’s seat of a vehicle and was given a breath, urine and/or blood alcohol test without a search warrant.

Currently, Minnesota has an implied-consent law. This law provides that anyone who drives a motor vehicle within the state consents to a chemical test of that person’s blood, breath or urine for the purpose of determining the presence of alcohol.  Under this law, those who are pulled over that are suspect of DWI/DUI and refuse a test are often charged with the crime of “refusal to take a test,” which is an added, more serious crime than a DWI.

The case has been extremely newsworthy because the McNeely ruling by the Supreme Court concluded that the natural dissipation of alcohol from the bloodstream does not establish an automatic emergent circumstance to justify an exception to the warrant requirement.  McNeely, seems to now require law enforcement request a search warrant before they can administer a Breathalyzer, urine test or blood test to check the blood alcohol content level without consent. Any test that is taken without a warrant or valid consent could be considered unconstitutional.  This means that any evidence collected without a warrant may be thrown out.  The McNeely case has certainly placed into question the validity of laws which mandate that a person take a chemical test, when failure to comply with law enforcement’s requests would result in being charged with a crime.

It is now up to the Minnesota Supreme Court to show their stance, which will have a direct implication on many DWI and DUI cases in Minnesota.

The final decision was made yesterday. The Minnesota Supreme Court denied Brooks of his request to suppress the blood test results. The court concluded that Brooks consented to the chemical test at the hospital and stated, “When based on the totality of the circumstances, appellant consented to the search, police did not need a warrant to search appellant’s blood or urine.”

The district courts convicted Brooks in all three cases of first-degree driving while impaired. The decision is the Minnesota Supreme Court’s first opportunity to rule on whether DWI blood, breath and urine tests are admissible in Minnesota since the United States Supreme Court decision in Missouri vs. McNeely.  For more information, read the entire decision.  In the Brooks case, the Minnesota Supreme Court found that chemical tests that are obtained with the threat of criminal prosecution for refusing the test, need not be suppressed for being a warrantless search.  Essentially, the Court indicated that threat of criminal punishment of a new crime for refusal does not invalidate the consent of the driver for the test. Thus, the Court found the driver has a “choice” take the test and you will be deemed to have consented, or do not take the test and you will be charged with the crime of refusal.

The DUI attorneys at O’Keeffe O’Brien Lyson Foss are extremely knowledgeable of Minnesota, South Dakota and North Dakota laws. In the event that you are being faced with a DUI or DWI, the experienced team will work with you towards the best possible outcome.