Japanese auto parts manufacturer Takata has been at the center of “the largest recall in American history,” due to defective airbags, causing over 180 injuries and claiming 11 lives in the U.S. alone. The propellants used are prone to destabilizing over time and sending shrapnel shooting out when the airbag inflates. The issue may have started as early as 2004, but the company took no overt action at the time. It was not until 2008 that Takata issued the first recall, though the company considered the defects anomalous and claimed that it only affected some 4,000 vehicles. If you have been injured by a faulty automotive part, contact a North Dakota personal injury lawyer at O’Keeffe O’Brien Lyson Foss. 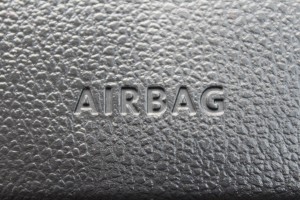 Takata is now nearing a settlement with the U.S. government for its conduct in the manufacture of defective products and its alleged role in covering up wrongdoing. Despite the potential for finally concluding government investigations into Takata, the recall itself is still ongoing, affecting millions of vehicles worldwide. The recall count is expected to reach nearly 70 million airbags when it eventually completes. Despite the recalls already initiated, however, only about a quarter of affected vehicles have been repaired so far and more vehicles are expected to be added over the next three years. On January 11th, 2017, another 772,000 entries were added to the list of defective vehicles. Although efforts have been made to speed up the recall process, the rate of repairs has been affected by parts shortages, and priority is given to vehicles most dangerous to occupants. The airbags in older model Hondas and Acuras, from the early 2000s, are at the highest risk of exploding when inflating, and environmental conditions—such as increased moisture and temperature—also affect the likelihood of dangerous inflation.

If you have a vehicle affected by the recall, dealers are required to repair the issue free of charge. If you have purchased a used car, verify the recall status on your own: The seller is neither required to disclose nor fix recall issues. The auto manufacturer, however, is still responsible for repairs if your vehicle is under a recall notice, just as if you had purchased the car new. Keep in mind, however, the airbag defects are a factor of time and sustained exposure to high humidity and heat. Therefore newer vehicles in temperate climates have lower repair priority compared to older vehicles in hot and humid climates. For drivers of especially risky vehicles, loaners may be available from your dealer.

A list of models affected is available here. Honda and Acura cars are the most commonly affected, but other makes with a recall notice include Toyota, Mazda, BMW, Chrysler, Ford, and GM. Even new Tesla, McLaren, and Ferrari models are on the recall list. You can check whether your specific vehicle is part of a recall by entering your VIN at the U.S. Department of Transportation’s database.

You can commonly find your VIN on:

If an unsafe airbag has caused you a personal injury, contact a car injury lawyer at O’Keeffe O’Brien Lyson Attorneys, or call 701-235-8000 or 877-235-8002 (toll-free) today.  Dedicated and experienced attorneys at our firm, like personal injury lawyers Tim O’Keeffe and Tatum O’Brien, will fight for the compensation you need.