For many years the North Dakota State University Campus Police and the Fargo Police Department operated under a Memorandum of Understanding, which essentially granted NDSU Police to patrol and make arrests anywhere within the City of Fargo. Several universities and municipalities, including UND and the Grand Forks Police Department, used to operate under similar agreements. In fact, according to a 2015 Bureau of Justice Statistics report, about seven in 10 campus law enforcement agencies had some type of formal written agreement with outside police departments in the 2011-12 academic year, 86 percent of university police department jurisdictions extended to areas adjacent to campus, and 71 percent had jurisdiction outside the area around campus.

In July of 2015, the North Dakota Supreme Court made an important ruling in the case of Kroschel v. Levi, 2015 ND 185, which has had a significant impact on the jurisdictional limits of campus 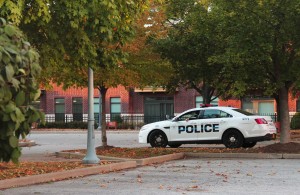 police. The Supreme Court has held several times that “a police officer acting outside his jurisdiction is without official capacity and without official power to arrest.”  In Kroschel, the North Dakota Supreme Court found that the Memorandum of Understanding between NDSU Campus Police and the Fargo Police Department was legally insufficient as it had never been approved by the Board of Higher Education. The Supreme Court also relied upon North Dakota State Statutes which provide that campus police may only act to enforce laws and regulations on property belonging to and/or under the control of the institution. Because campus police officers only have jurisdiction at their institutions, they are without the official power to make arrests beyond campus property.

Within its decision in Kroschel, the Supreme Court did go on to explain that campus police can be called to provide municipal police with temporary assistance, beyond campus property, in unique situations. Unfortunately, campus police around the state have had a difficult time following and interpreting this decision.

Impact of the Kroschel Decision

According to court documents filed in the Northeast Central District Court of North Dakota, case number 18-2015-CR-02420, an individual was stopped by a UND Police Officer on October 29, 2015 for speeding, and was subsequently cited for DUI. The defense attorney filed a Motion to Dismiss the DUI charge, relying partly on the Kroschel decision, and argued that that the traffic stop had occurred outside of the campus police officer’s jurisdiction. The State argued that unlike the circumstances in Kroschel, the street where this Defendant was stopped and arrested by UND police was surrounded by campus buildings and affiliated establishments. The Court ultimately agreed with the arguments of the defense attorney and eventually dismissed the Defendant’s DUI charge.

In February of 2016, an NDSU police officer stopped an individual for being illegally parked on a city street which borders campus property. The individual was later arrested by the NDSU officer and was cited for DUI. See, Case Number 09-2016-CR-00933. At that point, I filed a motion and argued that the charges against the Defendant be dismissed in accordance with the Kroschel decision. The State tried to argue that the arrest was lawful and that campus property extended to areas bordering NDSU’s institution. The East Central District Court of North Dakota relied on the Kroschel decision and held that dismissal was proper, as the street where the stop and arrest occurred was not a part of campus property.

It is clear based on Kroschel that campus police do not have authority to stop or arrest outside campus jurisdiction unless unique circumstances are present, however campus police continue to test the boundaries of this decision.