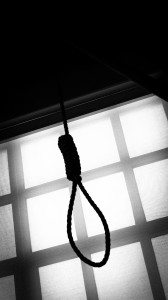 Currently, there are no laws which make suicide illegal in the United States; however, there are laws existing around suicide as a preventative measure.  In today’s society, suicide is relatively common. In fact, according to the CDC, suicide is the 10th leading cause of death in the United States. But many are unaware of the legalities associated with suicide. Here are a few surprising facts associated with suicide, crime and legal repercussions.

Do you know someone who is planning to attempt suicide? You may be liable.

Certain professionals are considered “mandatory reporters.”  This means that individuals with careers such as teachers, doctors, etc. are required to inform proper personnel if they know someone is contemplating or planning on committing suicide in order.

One example is the right for police to hold a person in protective custody if they are suicidal.

Were others there at the time of the suicide or attempted suicide?

Many of the legal issues surrounding suicide come up when another person gets involved with the suicide, either attempting to prevent it or assisting in it.

In some instances, a person attempting suicide may accidentally kill another person trying to prevent them from completing the act. Some argue it is involuntary manslaughter and should be imposed on the person who initially attempted suicide citing the death was caused by reckless actions.

In instances where a person aids another in committing suicide, more problems arise. A person who knowingly helps another commit suicide can be considered a principal in a homicide if they were at the scene of the act. If they assisted in the acts prior to the actual suicide act, they could be considered an accessory.