Laws Related to Medical Marijuana and Employment All Over the Map

Medical marijuana use is now permitted in 23 states, and Alaska, Colorado, Oregon, Washington, and the District of Columbia also permit recreational use. In a Pew Research Center survey conducted in March 2015, 53 percent of Americans said they believe marijuana should be legal, while 44 percent said it should be illegal. 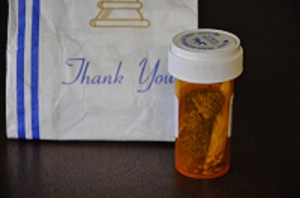 But states that have relaxed marijuana laws haven’t provided much guidance on cannabis use as it relates to employment:

No state requires employers to permit employees to be under the influence of marijuana on the job, and if the employee is in a safety-sensitive position, many states have laid a relatively clear path for employers to follow. But employers with multistate operations must navigate a maze of different laws in different states.

In Arizona, an employee cannot be fired solely on the basis of a failed marijuana test. In California, if you fail a drug test, that constitutes legal grounds for termination. In Illinois, a medical marijuana state, employees are getting testing for drugs, coming up positive, and getting terminated, simply because they haven’t been certified to use medical marijuana yet, due to a backlog in the system.

Marijuana remains illegal under federal law. It is classified as a Schedule I drug, the most dangerous level, along with heroin, LSD, Ecstasy, meaning it currently has a high potential for abuse and no accepted medical use.

If you have been involved in an issue relating to marijuana use and feel you need legal advice, contact the experienced attorneys at O’Keeffe O’Brien Lyson Attorneys.