Inattentional Blindness: When the Obvious Isn’t So Obvious

When drivers focus on a task that demands their attention (texting, for example), they often fail to notice unexpected objects and events that occur in full view, such as a pedestrian or another car in their path.

This phenomenon is known as inattentional blindness. In 2011, psychologists at the University of Utah studied the occurrence and found that those using cell 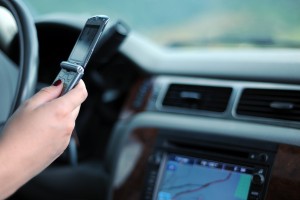 phones while driving often fail to see something right in front of them because they are “operating on lower working memory capacity.” Memory capacity is another term for multi-tasking, or the ability to focus attention when and where it is needed, on more than one thing at a time.

Although drivers often think they are able to focus their attention on the road when distracted, only about 2.5 percent can drive and talk on a cell phone without impairment, according to the Utah research.

Inattentional blindness is the reason drivers sometimes are not able to see something that is right in front of them, such as a red light or a bicyclist, because they are distracted by what is happening on their cell phone. Although the driver appears to be focused on the road, he is mentally unaware of his surroundings because his mind is still focused on the last text message he sent, up to 15 seconds earlier.

Even if a person’s vision is 20/20, they have likely experienced inattention blindness at one time or another. We’re all being bombarded with such large amounts of sensory information that there is no way we can process it all, so we focus on selective details and filter everything else out – even oncoming traffic, a stalled car, or a pedestrian crossing the street in plain sight.

If you’ve been injured in an automobile crash resulting from another driver’s inattention, contact a personal injury lawyer at O’Keeffe O’Brien Lyson Attorneys online, or call 701-235-8000 or 877-235-8002 (toll-free) today.