How to Prevent the Most Common Cause of Death in America 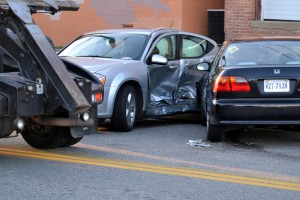 The good news? Being aware of the six factors that cause car accident fatalities can reduce the risk of car accidents.

Some of the biggest distractions include playing with music, using a cell phone, attending to a passenger, or eating. Although not all of these activities are illegal, they can be incredibly dangerous.

Impaired driving is a huge issue in the United States. Roughly 1/3 of all accidents involve an impaired driver. Anyone behind the wheel of a vehicle should not be under the influence of any type of substance.

Never get into the car with someone who has been drinking and always call for a sober ride if you’re impaired.

Speeding, not wearing a seatbelt, violating traffic laws and acting like you own the road are all examples of aggressive driving. All traffic laws are put into action for a reason. It’s important to follow these laws for your safety and the safety of those around you.

Just because you’re not in the car doesn’t mean you’re not at risk for being injured in a traffic accident. Pedestrians are especially at risk in the dark, at busy intersections and urban areas. Watch for cars while travelling on foot and make sure to always watch out for pedestrians while driving.