Grounds for Divorce in North Dakota

The divorce process is an extremely emotional time for spouses who decide to separate. Divorce is a difficult time for the entire family, and is not made any easier by the legal process involved. Having a basic understanding of the divorce law in North Dakota can help. First, North Dakota is a no-fault state, so even though there are grounds for divorce that are fault-based, irreconcilable differences is enough in the state. 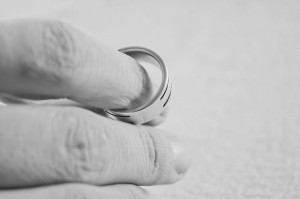 particular to your state is crucial. The North Dakota Grounds for divorce are:

The odds are that you and your spouse’s reason for divorce falls under one of these categories.

Adultery is one of the seven fault grounds for divorce in North Dakota. Adultery is the unfaithfulness of one spouse to the other. When a ground for divorce falls under the fault category, the other spouse must prove it to be true. So, if your spouse has committed adultery, you would have to prove it to the court. For example, if a wife in a relationship has committed adultery and that is a reason for the divorce, then the father of the children could be questioned and the court could order a paternity test in order to prove her infidelity.

Another fault-based ground for divorce, extreme cruelty must be proved to the court through either evidence or witness testimony. The most common example of extreme cruelty is domestic violence, but there are many other examples. The cruelty does not have to only be physical, either. Extreme mental cruelty, with the proper evidence and testimony, will also suffice as grounds for divorce.

These two grounds for divorce are also fault-based. With willful neglect and desertion, the court usually requests evidence that this behavior has persisted for at least a year. Desertion is when one spouse has left the other and, if applicable, their children, while neglect falls more under the category of failing to care for the family and provide for them. Again, these two grounds can be proved effectively through witness testimony and evidence presented to the court.

These are the final two fault-based grounds for divorce in North Dakota. If one spouse has been convicted of a felony and this is the reason the other spouse wants a divorce, then that will satisfy that ground. Substance abuse, either alcohol or drugs, or both, will most likely need to be proved to the court through evidence and witness testimony to show that it has persisted over time and negatively affected the other spouse, and if applicable, their children.

This is the only non-fault-based ground in North Dakota divorce law. This means that the court does not have to find either spouse at fault, but only that these irreconcilable differences exist. The court needs to be shown that these reasons are substantial enough to not continue the marriage and effectively dissolve it. This is the most common ground for divorce in North Dakota.

The North Dakota family law attorneys of O’Keeffe O’Brien Lyson Attorneys will help you through your divorce. Tracy Lyson is an experienced family law attorney and will fight for your rights passionately. Call 701-235-8000 or 877-235-8002 today!