Despite a push to change state law, Minnesotans who were on probation, parole, or serving time in prison due to a felony conviction weren’t able to vote in this year’s general election.

Unlike in North Dakota, where the law gives voting rights to people on felony probation and parole but not to inmates serving felony sentences, Minnesotans who have been convicted of felonies still don’t have the right to vote when released from incarceration. Instead, they are still required to complete their terms of probation or parole before they are eligible to vote. Proponents of revising the law said they plan to try again during the 2017 legislative session. 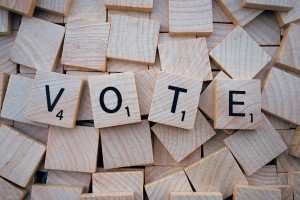 According to a report by The Sentencing Project, a Washington, D.C. nonprofit research and advocacy group, some 6.1 million adults in the U.S. are not eligible to vote because of felony-voting prohibitions. This translates to:

The right to vote, even in federal elections, is determined at the state level. Thirteen states have voting laws similar to that of North Dakota, while 17 states, including South Dakota and Wisconsin, have laws comparable to Minnesota’s. Four states allow those on felony probation to vote, but not those in prison or on parole.

The only states with no felony voting restrictions are Maine and Vermont, where even inmates serving felony sentences can vote. In Florida, Iowa, and Virginia, felons and ex-felons permanently lose their right to cast a ballot.