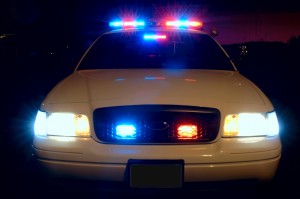 The attorneys at O’Keeffe O’Brien Lyson Foss are always trying to be aware of potential changes in our legal system. Lately, there has been an increase in conversations surrounding DUI laws nationwide. A developing society and a need for stricter laws regarding driving under the influence has caused a shift in the handling of impaired driving charges. These changes could affect more than the previous laws.

Below we’ve listed a few of the stand out predictions that may be affecting the legal field in the upcoming years.

Back before the 1980s- prior to more emphasis being placed on drinking and driving- the legal limits for blood alcohol content (BAC) was anywhere from .10%-.15%. Following that, the level was lowered to .08%, where it currently sits today. With this limit being placed, it criminalizes the alcohol level as opposed to how impaired the person may be.

Hollywood and the past will show how police officers used to use their judgment based on physical observations and sobriety exercises to determine impairment. In today’s society, breathalyzers are used in the field to obtain a quantitative figure, the BAC.

Typically, after taking a breathalyzer test from a portable machine, they will take a more reliable machine at the police station. With evolving technology and more advanced systems being available portably, it will not be long until a simpler, cheaper, and more reliable system will be available in a handheld size. This will impact charges caused from inaccurate readings.

More and more states are adopting stricter impaired driving laws concerning underage drinking and driving. The laws are already harsh currently, but with the added zero tolerance policy being tacked onto already existing laws, any alcohol is too much.

While most states have a limit to underage drivers of a .02% BAC, some jurisdictions are charging drivers having any alcohol in their system. The added punishments onto these actions range beyond just a license suspension; there could be a hefty fine, a community service requirement, or even jail time.

While some of these changes may be more drastic, there are still resources to help you if you find yourself in a struggle with a DUI or other alcohol-related incident. The experienced lawyers at O’Keeffe O’Brien Lyson Foss will work with you effectively. Contact us today.