Sexual harassment is unwelcome verbal, visual, or physical conduct of a sexual nature that is considered severe or pervasive and affects working conditions or creates a hostile work environment.

If a person is fired, denied a promotion, demoted, given a poor performance evaluation, or reassigned to a less desirable position because they reject sexual advances, this conduct may constitute 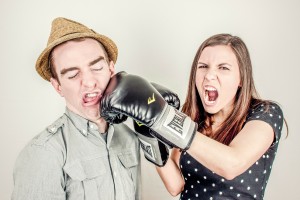 sexual harassment under federal law. Even if the conduct does not result in economic damages or a decrease in job status, it may still be considered sexual harassment if it interferes with work performance or creates an intimidating, hostile, or offensive work environment.

There are generally two types of sexual harassment:

Conduct of a sexual nature may include:

This includes kissing, hugging, patting, and stroking. Nonverbal sexual harassment may be looking a person up and down, gestures or facial expressions of a sexual nature, and stalking or following someone. Visual forms of sexual harassment include posters, drawings, pictures, screensavers, or emails of a sexual nature. Both victim and the harasser can be either a woman or a man, and the victim and harasser can be the same sex.

If you feel you or someone you know has suffered from some type of workplace sexual harassment, contact personal injury lawyer at O’Keeffe O’Brien Lyson Attorneys online or call 701-235-8000 or (toll-free 877-235-8000) today.