Do you need a Criminal Defense Attorney? 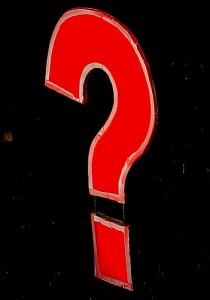 For most people, dealing with the law can be scary, unknown territory. Many find themselves asking the question, “Do I need a criminal defense attorney?” The truth is that if you are asking yourself that question, you at least owe it to yourself to speak with one.

What types of cases do criminal defense lawyers handle?

If you have been charged with a crime, then you are seeking the right help. Criminal Defense Attorneys handle cases ranging from drug crimes, driving under the influence (DUI), battery, domestic abuse crimes, violent crimes, theft and more.

What if I am innocent?

For people that are being charged with crimes they didn’t commit, the reality is that you are being “charged” with that crime until you are proven otherwise.

When you have a qualified attorney working on your case, they will be able to help you communicate and prove your innocence to the judges, prosecutor and/or public.

What if I am under investigation?

In some circumstances, people are just told that they are under investigation, prior to any formal charges being filed. Although you haven’t been charged with anything, the fact that the police are looking into it can cause anxiety and uncertainty.

Work with your attorney to share the evidence and proves that the charges should not be filed. It is easier to avoid filing them now than it is to dismiss them later.

What if I want to plead guilty?

For those that want to plead guilty, it is important to seek the guidance of an attorney to ensure that you are being treated appropriately and fairly.  Sometimes those being sentenced get hit with much higher and much worse charges than they would if they worked with an attorney.

An attorney can help negotiate “deals” to reduce charges and lessen sentences.

So if you are being charged for any crimes, it is important to speak with an attorney, regardless of what stage of the process you are in. Their expertise and skill can help you end up with a better outcome than going through it alone.

If you are in need of speaking with a Criminal Defense attorney in the Fargo-Moorhead area that can practice in North Dakota, Minnesota, South Dakota and the Federal Courts of the above states, contact the experienced lawyers at O’Keeffe O’Brien Lyson Foss.