A new public service commercial has begun appearing on television sets around the country, warning motorists of the dangers associated with railroad crossings. While those who live in heavily populated parts of the country may not come across many railroad crossings, such crossings are common in North Dakota and Minnesota, especially in the more rural areas of the state. While railroad crossing deaths and injury accidents have decreased over the past few decades, these crossings can still be dangerous, especially if those responsible for making the crossing safe and passable fail to take reasonable measures in carrying out their duties. 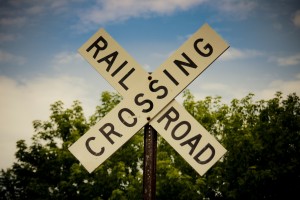 Statistics from the Federal Railroad Administration, the five states with the highest number of railroad crossings are Texas, Illinois, California, Kansas, and Ohio. In total, nearly 130,000 railroad crossings in the United States cross over public roads. In 2013:

Depending on the size, weight, and speed of the train, it can take a train a mile or more in order to come to a stop. On straight stretches of track on days with good visibility, this may be enough time for the train operator to stop the train to avoid a collision. However, on crossings that occur near curves or hills, or on days with limited visibility, there may not be enough time for the train to stop. As common sense would indicate, occupants of motor vehicles and commercial vehicles that are struck by a moving train are at the greatest risk for suffering serious or fatal injuries.

Who is at Fault for Railroad Crossing Accidents?

A motorist who attempts to cross the track in front of an oncoming train and who is struck and injured will likely be found to be responsible for his or her own injuries. However, there may be others whose own negligence or carelessness contributed to the crash if:

When you or a loved one is injured in a railroad crash, obtaining experienced legal counsel is critical in order to determine who may be responsible for causing or contributing to your crash.  North Dakota and Minnesota personal injury attorneys Tim O’Keeffe, Tatum O’Brien and Sarah Monson are prepared to help you take the steps necessary to recover compensation for your injuries, expenses, and losses. Our firm has the background and resources necessary to identify the parties who contributed to your railroad crash and hold these individuals and entities accountable. Contact O’Keeffe O’Brien Lyson Attorneys by completing our online contact form, or call 701-235-8000 or 877-235-8002.