Cops Used Excessive Force. Do You Have a Case? 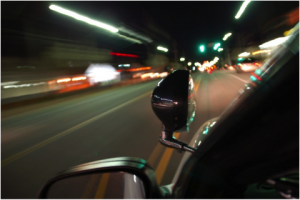 When do a police officer’s actions to subdue a suspect become illegal? Although there is no specific definition of excessive force, experts have explained it by saying it is any force beyond what’s necessary to arrest a suspect and keep police and bystanders safe. Mark Henriquez, from the National Police Use of Force Database Project, says “Excessive will have different meanings in different jurisdictions.” This means that each situation is different and many factors weigh into what makes a strong case.

Most lawsuits against police officers involve the Civil Rights Act of 1871. The use of excessive force constitutes a valid claim under section 1983, because it violates the Fourth Amendment prohibition against “unreasonable seizures.”

Were you affected by excessive force from a cop?

Police officers are generally allowed to use whatever force is necessary to make an arrest or defend themselves. Many police officers do their job responsibly and understand the obligation of balancing the enforcement of law with protection of citizen’s rights and dignity. Their training has prepared them for a wide variety of situations and the best way to handle them. However, officers are humans and when stressed and full of adrenaline, they can act out with excessive force.

Some examples of excessive force include:

What to do if I’ve been affected?

If you or someone you know has been injured by excessive force on the part of a law enforcement officer, you may have both a personal injury claim and a civil rights claim. It is often the case that citizens are afraid to step forward and enforce their rights. If you have been the victim of excessive force, seek the help of an experienced attorney. Only a knowledgeable lawyer will be able to advise you of the applicable law and protect your rights. Contact us today and let us know how we can help.