Can I Be Charged with DUI for driving something other than a Car or Truck? | O'Keeffe O'Brien Lyson Attorneys

Can I Be Charged with DUI for driving something other than a Car or Truck?

If you weren’t aware that you could be arrested for DUI for driving motor vehicles other than the obvious car, truck or SUV, you likely do now. In recent news, a North Dakota man was arrested during a girls’ high school hockey game on suspicion of driving a Zamboni under the influence of alcohol.  The charge may or may not be upheld, depending on how the court views the facts in conjunction with North Dakota DUI law.  However, there are several other unique cases where courts have upheld convictions in DUI cases involving a typical “vehicles.” 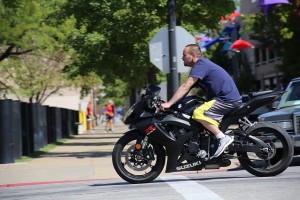 These local stories include a Cass County man also faces charges for driving a lawn mower under the influence. And in 2009, a Minnesota man was arrested for DUI after driving a motorized Lazy Boy couch. In 2012, the North Dakota Supreme court held that a bicycle can be considered a “vehicle” for DUI purposes as well.

So what does constitute a potentially valid DUI Arrest?

You don’t necessarily have to be driving a car in order to be arrested for a DUI. Every state has different laws for what constitutes a DUI arrest. In North Dakota, the law says that anyone operating a motor vehicle while under the influence of drugs or alcohol is eligible for arrest.

Although some states vary, here are the basics to qualifying for a DUI arrest:

A DUI is not restricted to only automobile drivers. Anything that qualifies as a motor vehicle is subject to DUI laws. Included are:

To learn more about North Dakota’s drunk driving laws, check out our blog post about the 24.7 sobriety program. If you’ve been arrested on a DUI charge that you believe was unlawful, give us a call to start working with a O’Keeffe O’Brien Lyson Foss attorney today. For more information, visit our website.