Can a Person Drive Safely – and Legally – After Smoking Marijuana?

Although few would argue with the statement that marijuana and driving do not mix, one challenge is that the effects of marijuana upon driving ability are hard to quantify. 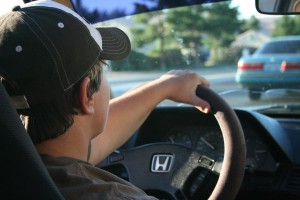 Alcohol’s effects upon drivers differ greatly from those of marijuana. The detrimental effects of marijuana use are more evident with automatic driving functions than with complex tasks that require more conscious control, while the opposite is true with alcohol. Slightly less than four standard alcoholic drinks impair drivers in a variety of ways, including pursuit tracking, signal detection, reaction time, concentration, and hand-eye coordination.

Maximum blood levels of tetrahydrocannabinol (THC) tend to occur before the driver becomes impaired, and as THC levels drop, impairment goes up. Blood tests can detect traces of THC a day after the drug is consumed, even though experts believe that the highest level of driving impairment associated with marijuana is gone in a little over three hours.

Finally, because the body processes marijuana very differently than it does alcohol, blood tests for alcohol can accurately reflect the degree of impairment, but the same is not true for pot. While alcohol impairment increases proportionately with the amount consumed, marijuana’s effects vary widely according to the individual. Factors such as body weight, previous use, and mode of delivery all determine how impaired someone may actually be.

Federal research conducted by the National Institute on Drug Abuse sheds new light on the effects of marijuana and driving performance. In the study, the researchers looked at 250 parameters of driving ability, but focused specifically on three: weaving within the lane, leaving the lane, and the speed of the weaving.

While alcohol had an effect on the number of times a vehicle left the lane and the speed of the weaving, marijuana did not, although pot use did show increased weaving. Drivers with blood concentrations of 13.1 ug/L THC showed increased weaving similar to those with a .08 blood alcohol concentration (BAC), the legal limit in most states.

It is illegal in all states to drive under the influence of anything. Years of work went in to establishing the .08 BAC limits that exist in most states, but the question is whether a similar threshold can be established for marijuana.

If you were injured in a collision involving an impaired or drugged driver, contact the personal injury lawyers at O’Keeffe O’Brien Lyson Attorneys online or call 701-235-8000 (toll free: 877-235-8002) today.