Can a Bar Owner or Social Host be Held Liable for an Accident in North Dakota?

It’s that time of the year again.

The holidays are just around the corner, parties abound, and the number of intoxicated drivers on the roads is increasing, putting innocent pedestrians, bicyclists, and other motorists at risk.

Most people understand that an impaired person who gets behind the wheel after drinking and causes an accident can be held liable for the damages they cause, but can the person or business that supplied the alcohol be held responsible as well? 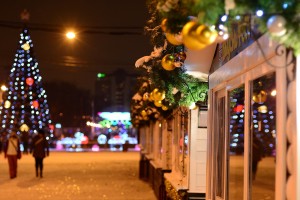 Dram shop laws got their name from a unit of measure known as a dram; the way alcohol was once sold. Dram shop laws, such as North Dakota Century Code section 5-01-01, allow an injured person to bring a claim against “any person who knowingly disposes, sells, barters, or gives away” an alcoholic beverage to another person who then causes injuries, if the person receiving the beverage was under age 21, and was “incompetent” or “obviously intoxicated” at the time.

The statute of limitations to file a dram shop lawsuit in North Dakota is six years from the date of the injury. Damages in such lawsuits usually include compensation for medical bills, lost wages, property damage, and pain and suffering.

North Dakota’s dram shop statute is broadly written. It covers any person who provides alcohol, not merely vendors who are licensed to sell alcoholic beverages. So, a person who is injured by someone who was provided alcohol at a party may also have a claim against the social host who provided the alcohol, if the conditions previously discussed are present.

If you have sustained a personal injury in an accident involving an impaired driver, contact a personal injury lawyer at O’Keeffe O’Brien Lyson Attorneys online, or call 701-235-8000 or 877-235-8002 (toll-free) today.