Are There Advantages to Legal Separation Over Divorce?

These days, more and more couples are deciding to remain separated rather than divorce, even though they no longer wish to be married. Sometimes choosing to legally separate instead of get a divorce is a good financial decision, although other reasons may also come into play. 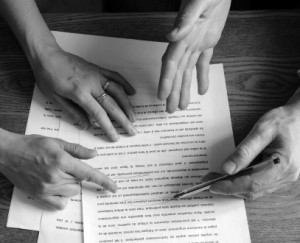 One of the greatest advantages of a legal separation as opposed to divorce is the ability of the spouses to deduct spousal support. According to the Internal Revenue Service (IRS), alimony can only be deducted if the spouses are not members of the same household and are legally separated. A couple may not file a joint income tax return if spousal support payments will be taken as a deduction and they can only file jointly if they are still married, but a legal separation does not constitute a change in marital status.

There are also insurance benefits to being legally separated as opposed to divorced. In the private sector, employee insurance plans will only cover married couples, and as soon as a divorce is finalized, the non-employed spouse will be dropped from coverage. In the military, couples must be married for at least 20 years before divorcing couples can both benefit from military insurance and death benefits.

In some religions, divorce is either unrecognized or forbidden, and certain faiths will even excommunicate anyone who pursues a divorce, particularly those who remarry. While a legally separated couple cannot remarry, the legal separation will allow them to live apart, maintain separate lives, and yet have the opportunity for religious acceptance.

Living apart without some sort of formal written agreement can put spouses at risk. Legal separations are allowed in North Dakota, on the same grounds (fault or no-fault) for which divorce is allowed. Once the separation is granted, the court may modify or add to the decree in order to provide support and maintenance (either from a spouse or the property of either spouse) for minor children, and possible spousal support. Should the couple ultimately decide to divorce, the separation agreement can easily become their divorce settlement agreement.